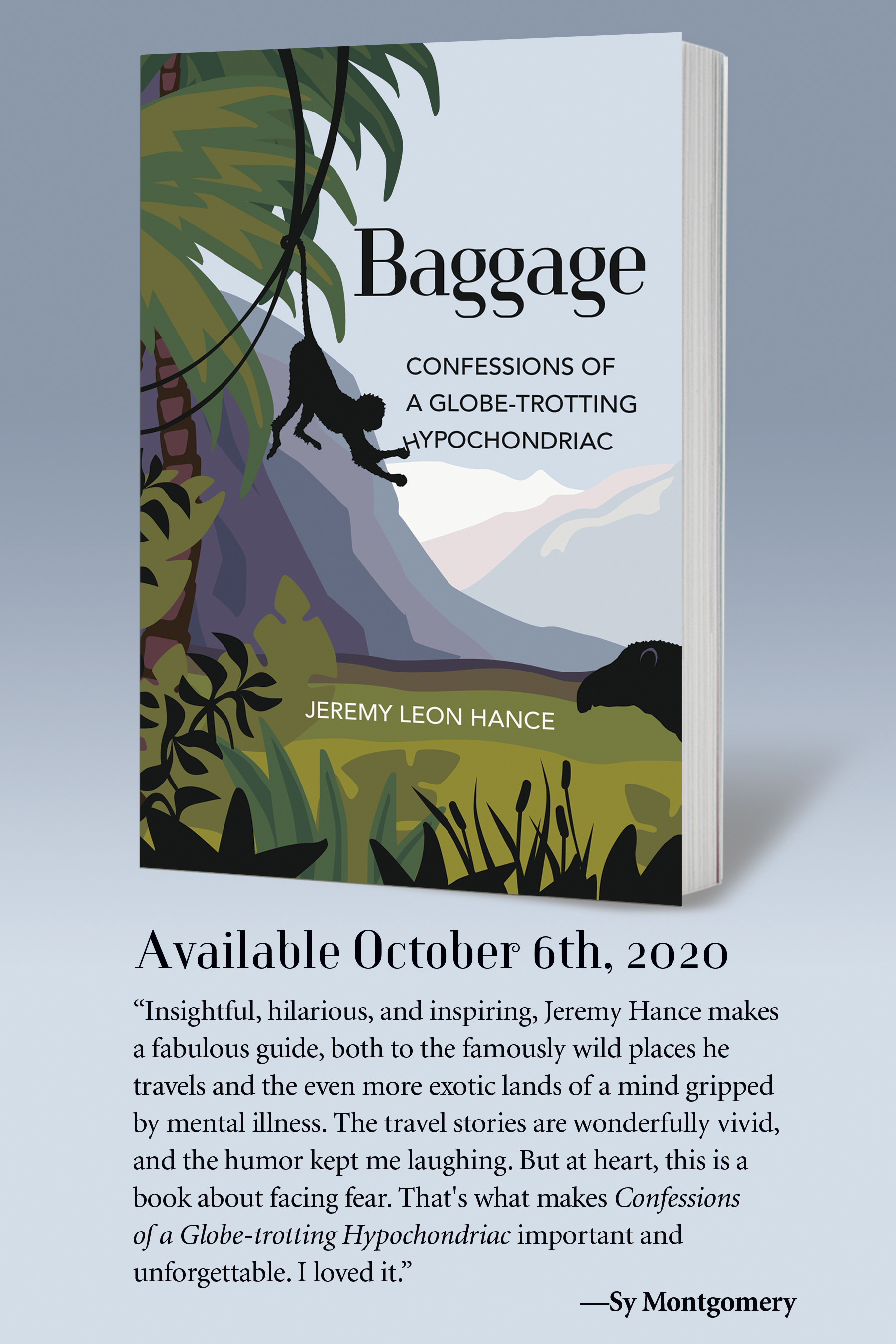 Gold Winner in Travel for the Benjamin Award from IBPA!

Most travel narratives are written by superb travelers: people who crave adventure, laugh in the face of danger, and rapidly integrate into foreign cultures. But what about someone who is paranoid about traveler’s diarrhea, incapable of speaking a foreign tongue, and hates not only flying but driving, cycling, motor-biking, and sometimes walking in the full sun?

In Baggage: Confessions of a Globe-Trotting Hypochondriac, award-winning writer Jeremy Hance chronicles his hilarious and inspiring adventures as he reconciles his traveling career as an environmental journalist with his severe OCD and anxiety. At the age of twenty-six—after months of visiting doctors, convinced he was dying from whatever disease his brain dreamed up the night before—Hance was diagnosed with OCD. The good news was that he wasn’t dying; the bad news was that OCD made him a really bad traveler—sometimes just making it to baggage claim was a win. Yet Hance hauls his baggage from the airport and beyond, taking readers on an armchair trek to some of the most remote corners of the world, from Kenya, where hippos clip the grass and baboons steal film, to Borneo, where macaques raid balconies and the last male Bornean rhino sings. As he and his partner soldier through the highs and the lows—of altitudes and their relationship—Hance discovers the importance of resilience, the many ways to manage mental illness when in stressful situations, how nature can improve your mental health, and why it is so important to live a life packed with experiences, even if you struggle daily.

"Everyone who travels has had jitters about things that could go wrong because, well, they can. Maybe you love to travel, but it still makes you nervous. Maybe you are still too nervous to travel. The world-hopping writer Jeremy Hance has written this perfect book to show you that you’re not alone in your travel fears, that there are ways to get over it before it gets over you—and that in the end a lot of what we fear is pretty damn funny. Read. Laugh. Breathe."

"Jeremy Hance has written a deeply personal and very funny travelogue. This is an eloquent account of the conflicts that arise when one’s two strongest desires are to go absolutely nowhere but also go absolutely everywhere. Thank goodness the latter wins out more often than not."

Jonathan C. Slaght, author of Owls of the Eastern Ice: A Quest to Find and Save the World's Biggest Owl

“Jeremy Hance writes with an exhilarating honesty that will make you wipe your brow after reading. He is a man on a mission to save the world—reporting on conservation’s front lines—all the while surviving an unseen inner battle that is nothing short of eye opening.”

Paul Rosolie, author of The Girl and the Tiger 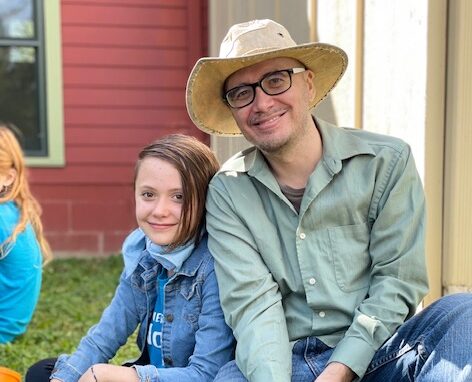 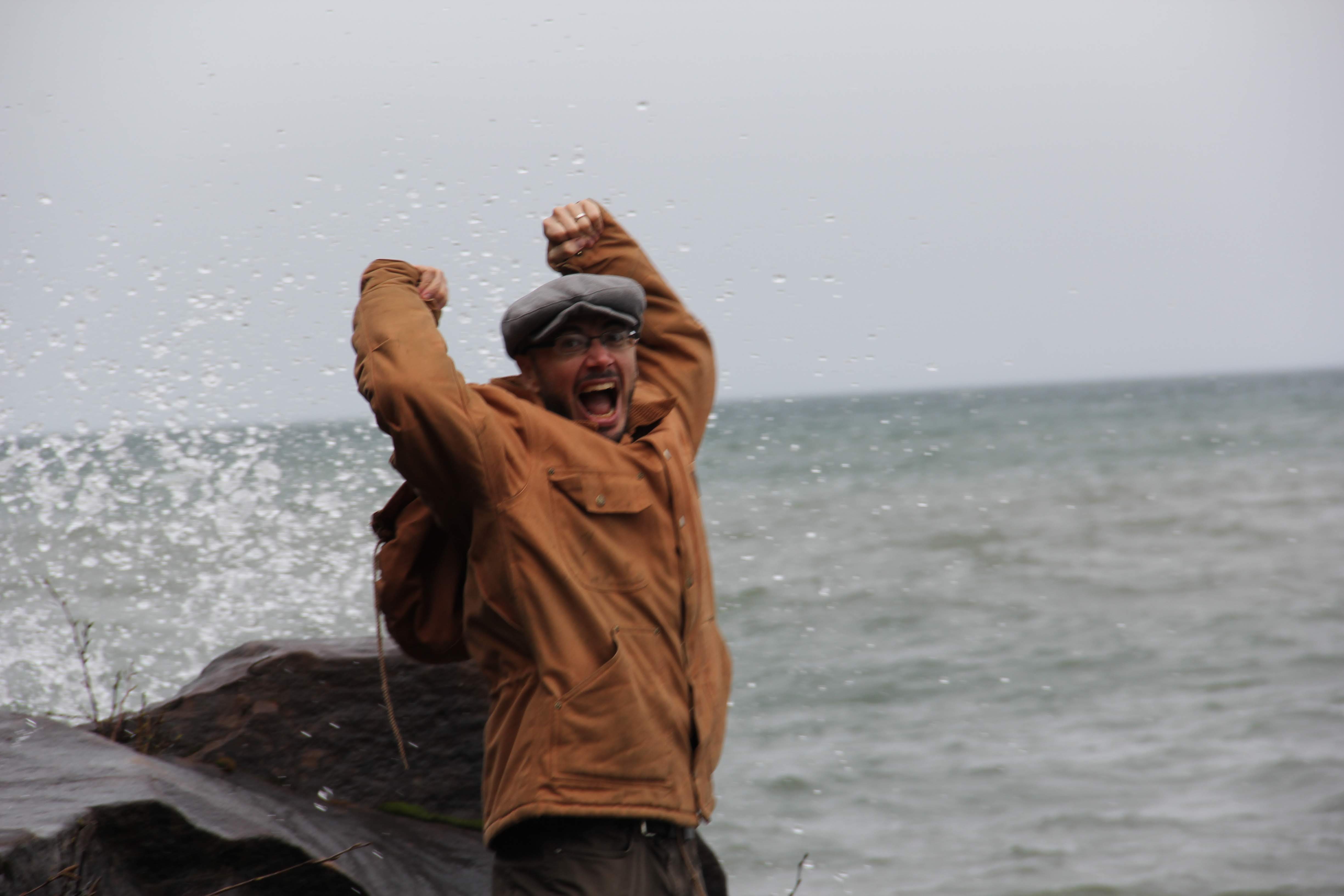 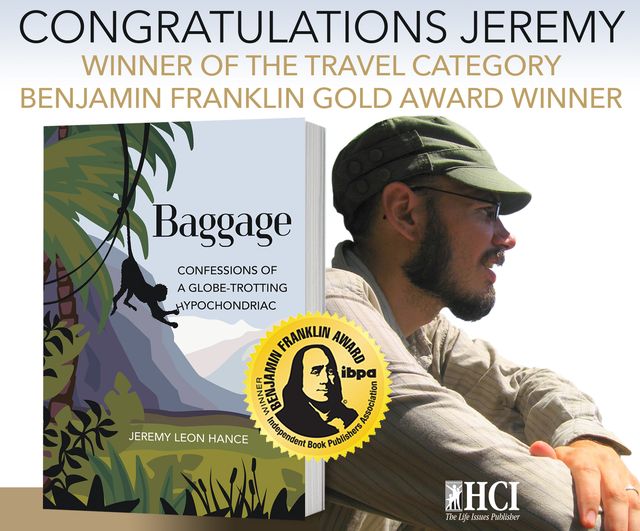